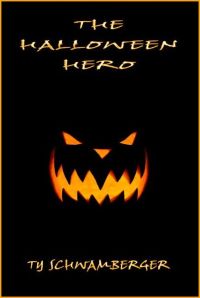 “The Halloween Hero” is this month’s ’12 for 12′ short story Kindle release by T Allen Press.

The Halloween Hero is a 5,200 word story centering around a little boy named Billy. Billy’s parents aren’t the best to be around, so he spends most of his time staring out his bedroom window and dreaming of a better life. His favorite time to look out on the world are during the hours he’s supposed to be in bed.

It’s during one of these late night watching sessions, Billy sees “something” lurking in the shadows. After much trepidation, he decides to go outside and investigate.

Where his worst nightmare comes to life.

You can download this creepy little tale to your Kindle for only .99 cents!